Many NGBs and other sports bodies have been subject to specific governance standards since 2017, if not earlier, such as the Code for Sports Governance, the Charity Governance Code and others.

Increasingly, organisations with a national (or indeed global) remit have been looking to encourage their regional/divisional structure to make corresponding improvements to their governance. Governance United is supportive, being of the view that well-governed organisations have a better chance of successfully achieving their objectives. In addition, failures at any level within a sports can have serious consequences for the organisation as a whole.

Seeking to mandate precisely the same governance requirements regionally as apply at central level is unlikely to be the right approach. Equally, adopting the “lowest common denominator” as a minimum standard will not produce satisfactory results. Some type of compromise is needed, involving ambitious but achievable targets which are accepted by the membership.

How then to go about it? Having followed closely several projects intended to raise governance standards within a regional/divisional structure, here are some considerations:

If the central body has leverage to exert, such as control of access to funding or opportunities to offer when targets are met, it really helps to drive change. Reform is of course possible without external pressure but an entirely voluntary process tends to result in slower and less consistent progress.

A genuine, two-way consultation with the membership can be a very valuable way of increasing understanding and strengthening the relationship between the centre and regions. It is a resource-intensive process and also potentially an uncomfortable experience.

It may well be worth it: governance measures which take proper account of the actual situation are always likely to be more effective and have a higher level of compliance than rules which are developed centrally in isolation.

However, consultations sometimes take place when the desired conclusion has virtually been decided before the start. If the situation is urgent and there is very specific work to be done, it may be better to say so openly than to have a dialogue when there is little prospect of the membership influencing the measures to be put in place.

Any sports body with a regional/divisional structure is likely to have considerable variation in its scale of operations and capacity in different places. At regional level resources may range from a sizeable professional staff with a multi-million pound budget in one area to a handful of volunteers and negligible turnover elsewhere. It is of course right to expect more of the larger, more professional set-up. Nevertheless, limited resources should not equate to low standards. Well-considered governance requirements, particularly when based on principles rather than precise rules, are often surprisingly applicable to organisations of completely different sizes. Be wary about creating too many levels or unnecessary exceptions.

Some reform proposals require formal approval, such as a vote in favour at an AGM, or agreement to recruit a new member of staff. But even if there is no formal step in the process, governance changes are unlikely to be implemented successfully without informal support. Although it takes considerable time and effort to communicate the benefits of achieving governance standards before the day of the decision, it is usually a good investment compared to the resources required to win over the membership following an initial rejection. Earning support at regional/local level is an essential component of governance reform.

It is an achievement to get the proposed reforms agreed in principle but the benefits for the organisation will only come with implementation. In most cases, some assistance will be needed. The general rule is that for each new requirement there should be some corresponding support available. This may be provided in the form of funding, expertise, training or in other ways. In our experience, templates and good practice examples are usually in high demand.

Putting in place significant governance reforms in a regional structure is likely to take time. Different regions may well progress at different speeds and, before you know it, the organisation will face new priorities which demand a modified approach. It is important to accept the fact that governance is never “done”. If different levels of an organisation understand the governance objectives, accept them and are heading in the right direction then progress will be made, even if the ultimate goal never quite seems to be reached. It is often in retrospect that the scale of positive achievements is understood. 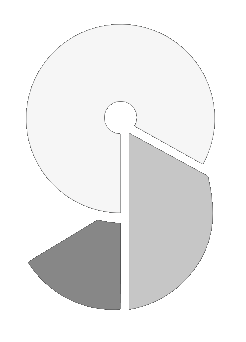 We use cookies to make our site work well for you and so we can continually improve it. The cookies that keep the site functioning (necessary cookies) are always on.

You can disable these by changing your browser settings, but this may affect how the website works.

For detailed information on how we use cookies and other tracking technologies, please Read More

Analytics Cookies - These cookies allow us to measure and report on website activity by tracking page visits, visitor locations and how visitors move around the site. The information collected does not directly identify visitors. We drop these cookies and use Adobe to help us analyse the data. Marketing Cookies - These cookies help us provide you with personalised and relevant services or advertising, and track the effectiveness of our digital marketing activities.